Students Who Outperform Their Peers 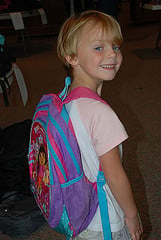 Math and reading are emphasized as two of the most crucial subjects in a child’s education.  Eminently, you will use math and reading in your daily routine such as getting change, comparing the cost of two items or reading street signs to get around town. But let’s face it, your kids will be tested on these subjects which will determine their placement throughout their high school and college years so improving their odds of higher achievement is what we aspire for them.

What if someone told you that your kids could improve their academic performance even into high school by involving them in something simple and enjoyable in their younger years. Would you do it? The answer for most of us is “yes”! So what is the magic key to improving your child’s cognitive learning and academic performance?

Are you ready?…….Music! Learning music, playing a musical instrument or being involved in chorus can improve your child’s likelihood of future success in school.  According to researchers, children of all backgrounds rich, poor or kids of average socioeconomic status can benefit by participating in a music program. The answer is not quite clear why, but students enrolled in music programs scored higher on standardized tests compared to students who were not enrolled in a music program. 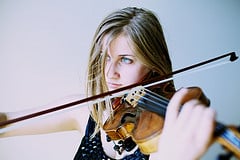 A 2 year study done at a preschool level shows that piano students are better equipped to comprehend mathematical and scientific concepts. A group of preschool students received private piano lessons and singing lessons. A second group received private computer lessons. Those children who received piano lessons scored 34 percent higher on tests measuring spatial-temporal ability than the others including those who took computer lessons. “Spatial-temporal” is proportional reasoning – ratios, fractions, proportions and thinking in space and time. Source: Neurological Research February 28, 1997

In 2001, high school music students scored higher on SATs in both verbal and math than their peers. Students who took the SAT with experience in music performance scored 57 points higher on the verbal portion of the test and 41 points higher on the math portion than students with no experience in the arts. Source: Profile of SAT and Achievement Test Takers, The College Board, compiled by Music Educators National Conference, 2001

A ten-year study, which tracked more than 25,000 students, reported that students involved in music had higher test scores. Regardless of socioeconomic background, music-making students got higher marks in standardized tests than those who had no music involvement. The test scores studied were not only standardized tests, such as the SAT, but also in reading proficiency exams. Source: Dr. James Catterall, UCLA, 1997 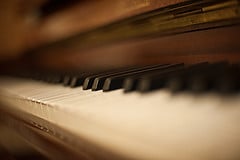 Stanford University research has found for the first time that musical training improves how the brain processes the spoken word, a finding that researchers say could lead to improving the reading ability of children who have dyslexia and other reading problems. Source: San Francisco Chronicle, November 17, 2005

Still, it is not determined why playing music makes us smarter, but experts say exposure to music makes changes in the way your brain works; it opens up new patterns of thinking, and even improves cognitive functions that are non-music related. Source: How to learn.com

During these tough economic times, many schools are contemplating cutting back or even dropping their music programs. With so many benefits learning music provides, it would be a huge mistake. What do you think?

As the school year quickly approaches, I'm finding myself desperately looking for ways to save on time...especially in…