Pros and Cons of Church Planting: Is It for You? 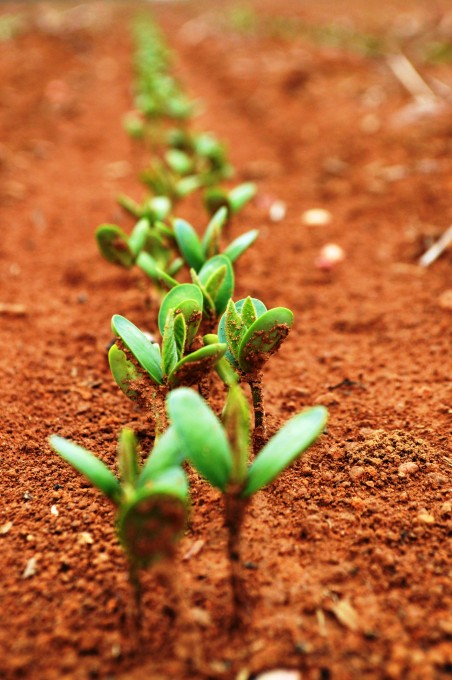 In the US today, 85% of churches are stagnant or actually in decline.1 The number of young people, ages 18-29, who report no religious affiliation has doubled since the 1980s, from 12% to 25%.2 Clearly, for young people today, the old notion of joining a church to meet new friends and a “nice boy/nice girl” no longer rings true. Why, then, is the church planting movement so strong? Aren’t there already enough churches? Won’t opening new churches just hurt existing churches? A review of the pros and cons of church planting shows well-founded opinions on both sides of the issue.

The arguments against church planting are simple. Church plants hurt established area churches. They pull key demographics away from existing churches – namely young people with children. They are non-traditional and they’re different from the planting church. They never get very big and are a huge drain on the people charged with planting. Why couldn’t the time and effort of planting just be invested in the original church?

These are sound arguments, and any church considering a plant would do well to consider the many ramifications of undertaking church planting. Denominational policies in U.S. churches also present challenges to supporters of church planting as, for example, compensation is often based on church membership. This post, however, focuses on the pros and cons of church planting that originate in the churches themselves.

Church Planting: A Blessing or a Curse?

Do church plants hurt other area churches and the existing church? Church planting advocates argue that church plants actually help other churches, by attracting people who are not currently affiliated with any church. Statistics support this argument. A study of more than 1,000 churches in 32 countries across six continents showed that new churches are 16 times more likely to attract new members than existing churches.3

Findings in a Duke University study take these assertions a step further and are relevant to the argument regarding church size, as well. According to The National Congregations Study, more than half of the churches in America have fewer than 75 members. 90% of churches have fewer than 350 members. The study also found that small churches are more likely to attract people with no church affiliation than large churches.4

Taking those facts into consideration, then, one can argue that church plants help existing churches by bringing more people into churches in general. 70% of 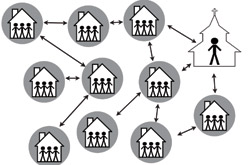 American churchgoers switch churches at least once as adults, not because they move, but for a number of other reasons.5 Church planters argue that the presence of new churches in the area leads to improvements in surrounding churches – better programming, better communication and more concerted attempts to respond to the needs of members and visitors.

In addition, small churches do a better job of engaging a greater percentage of their members in active participation in church life. In a small church, budgets do not support a large staff. This requires more support from volunteers, allowing more people to play critical roles in church management and direction setting. Surprisingly, church plants that last longest are those that receive little staff support from the planting church or the larger church conference. In one Midwest city, the regional conference determined that a church aimed at young adults was warranted in the area. The conference provided funding for marketing materials, music and media at services, and administrative assistance. The church was able to hire a permanent music team, send out sophisticated marketing flyers and use conference personnel for financial management services. One year into the planting process, the church was struggling. A loyal core of 12-15 people attended regularly, but growth was nonexistent. The conference pulled back on its funding and the pastor was forced to ask for help from volunteers. Within only a few days, a pair of professional musicians in the area offered to lead the music program for a minuscule stipend. Individuals from the faithful core stepped forward to manage the worship service media and the website. Their enthusiasm for their new commitments was infectious. Within three months, the church experienced double-digit growth and continues to thrive, drawing young adults who had attended the larger church along with many with no previous church affiliation. Small churches offer tremendous opportunities for real involvement. Interestingly, two couples left the church for the original large church. Both couples have new babies and the large church provides nursery care during services, which the small church was unable to provide; evidence, then, of the cross-population both churches were hoping for.

Perhaps the most persistent argument against church plants is that it takes money and resources away from the planting church, leaving the church at a further disadvantage during challenging economic times. One member of a church in the southeast U.S. complained, “If we hadn’t spent so much money starting a small church across town, we’d be able to start the pre-school program we needed.” This sounds like a reasonable argument, but a look at the facts revealed that the church had tried for years to figure out how to start a pre-school. Plans were made, but no action was ever taken. Church leaders believed a pre-school would attract young families. But the church’s membership contained few young families. Located in a gentrified urban area, the attendees were a mix of senior citizens, long-time neighborhood residents, and young, single adults. Pre-school wasn’t a real need for the church or its surrounding population. Attracting young families to this church would have taken more than just a pre-school. Instead, the church supported a plant at the edge of the city, near new housing developments and schools. A pre-school was successfully started there and the planting church invested in helping its current young adult population become advocates for the church in the neighborhood. By developing a better understanding of the populations they served, both churches had positive outcomes.

Whether a church is an existing church or a church plant, church leadership must base its priorities on the people it serves and the mission it seeks to accomplish. Well-run church plants that respond to congregation needs with thoughtful, well-executed programming and a meaningful message can be successful even in the most challenging environments. When existing churches initiate church plants, they communicate to their members that there’s a powerful story to be told and they are confident enough in the health of their own church to invest in a new church. In doing so, they inspire confidence in their membership, resulting in a more dedicated congregation willing to be advocates in their communities.

Each year, when the St. Vincent de Paul Society of Volunteers hosts their annual Clean Jeans Drive, they…

Recently, Pastor Ken Turnbull of Allegheny Center Alliance Church in Pittsburgh, PA sent us photos of their gym before and…