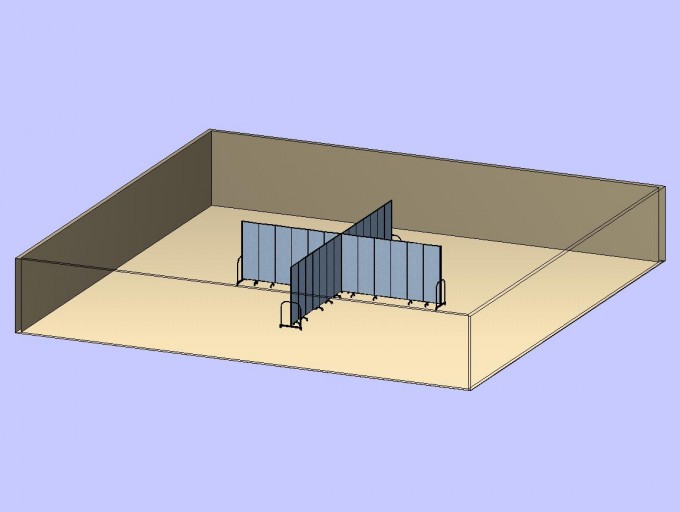 How to use Two Dividers to Create Four Rooms

Once in a while things are easy. The members of Pleasant Grove Baptist Church needed 4 smallish (13 by 11) rooms. This is large enough for children and their teacher. The way to satisfy their needs is almost too simple to believe. Only two Freestanding Portable Room Dividers were needed. By bending each of them 90 roughly in the middle, the 4 classrooms are set up every week in minutes. Seeing is believing!  Take a look at how the portable walls are set up to create the needed rooms.