Phoenix Airport Runs Smoothly With the Help of Screenflex

On our way to the NSSEA School Equipment Show, we saw these Screenflex Dividers in action in several security areas at the Phoenix airport.  In 2016 the airport had a total of 43,383,528 passengers with total operations (landings and takeoffs) of 440,643.  One could say the Phoenix Sky Harbor Airport is a busy facility.  To better manage their terminals, the staff use Screenflex Portable Partitions because of their ease of portability and for its convenient storage when not in use. The partition screens are also a blessing for airport security because they not only block areas off out of service areas, but they offer a solid visual barrier to what’s going on behind them as well. The Phoenix airport also uses them for pedestrian traffic control by preventing access to certain areas and instead funneling people where you want them to go.   And, if I do say so myself, they look good doing their job!

Screenflex partitions in use at the Phoenix Airport 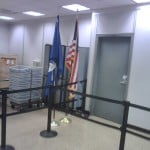 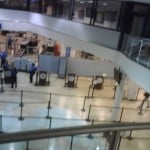 Used to create a screening area at the airport 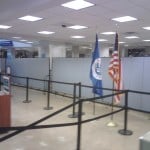 Screenflex Room Dividers ~ Celebrities Dance Training Our Screenflex room dividers turn up in all sorts of places. We…