Do Classroom Temperatures Affect A Student's Ability To Learn? 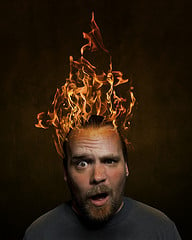 Towards the beginning of the school year, with temperatures reaching into the upper 90’s, my kids got on the bus and went to school. By the afternoon, on this particular day, classrooms reached temperatures of 87 plus degrees. My kids came back with dripping wet hair and perspiration running down their arms and legs. They were tired and unable to do anything for a couple of hours. All they could do is lay down on the sofa. I asked them, “What did you learn today in school?” They both answered simultaneously, “I don’t know!”

Studies show that high classroom temperatures, as well as low classroom temps, can affect a student’s ability to learn and function. Dunn and Dunn of LearningStyles.net say that when temperatures are too hot or too cold, the brain is constantly reminding the body to do something about that condition. Because of the constant interruption, it is hard for the student to stay focused.

Another study done by an undergrad at Loyola University found that air temperature has an impact on memory ability. Using a computer-generated memory test, 52 students randomly participated in memory tests in rooms with varying temperatures. Room temperatures were set at 72, 80, and 64 degrees F. The outcome showed that in the environment with temperatures of 80 or 64 degrees, memory was impacted negatively. Test scores were significantly higher in the classroom where the temperature was 72 degrees.

According to Psych Central, high levels of humidity which is usually accompanied by hot weather lowered scores on concentration while increasing sleepiness. A heatwave with high humidity can sometimes cause us to feel like we are lacking energy. 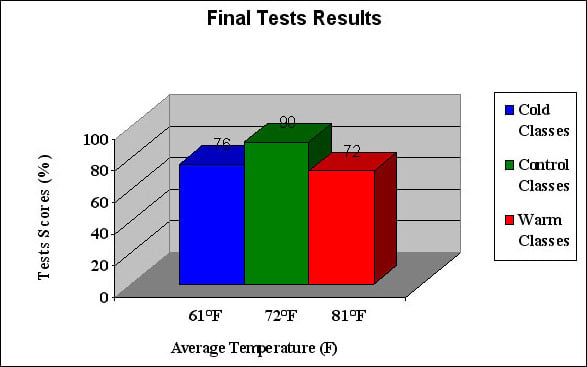 Lower test scores, decrease in memory ability, lack of energy and losing focus are just a few symptoms of too hot or too cold temperature conditions in the classroom. Students and teachers suffer the same symptoms. Since classroom temperatures do affect a student’s ability to learn, what’s the best feasible solution?

What is your opinion on classroom temperature? Do you notice a difference in your classroom or your kid’s classroom? How do you feel about extreme temperatures in this environment?

How To Divide Space In A Busy Classroom

Divide Space! Our creative team invited 14 boys and girls to Screenflex to help us shoot a video.…

Unlimited Options For Your Classroom

Room dividers can create unlimited options for your classroom. Tackable, pinnable and sound absorbing panels are great for…