Teachers and Teach for America: The Right Mix? 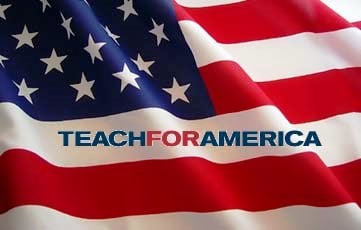 In Teach for America’s first year, 1990, 500 college graduates, newly accepted and trained Teach for America corps members, were assigned to schools primarily in impoverished inner cities.  By 2013-2014, the number of corps members had risen to 11,000. Since 1990, more than 30,000 corps members have actually completed their two-year commitments; some have remained, in teaching or administrative positions.  While it cannot be denied that Teach for America has had an impact on the education landscape, debate on the lasting value of that impact rages on.

According to its founder, Wendy Kopp, Teach for America (TFA), was founded to “make sure that kids growing up in poverty get an excellent education.”  The program recruits and trains college graduates from any major and places them in low-income communities. Corp members must make a two-year commitment to the program.  Supporters of the initiative maintain that TFA brings the best and brightest to the teaching profession, that they bring a new perspective and new energy to the classroom, that these highly successful, motivated people will go on to become the education industry’s leaders of the future.  They cite studies quoting school administrators celebrating the passion and dedication of corps members and the remarkable results they generate in the classroom.

Sounds good, doesn’t it? A noble plan, aimed at helping underprivileged students escape poverty via a great education.  But isn’t that already the purpose of this country’s free public education? Hasn’t it always been about using education to better oneself – as a person, as a professional, as a citizen?

In its quest to raise up the underprivileged, Teach for America rhetoric unaccountably puts down veterans of the profession its members seek to join – teachers. Much of the justification for Teach for America’s existence is placed on “failing schools” that don’t produce students able to succeed in society. However, lightly trained corps members rely heavily on experienced teachers for help and insight.  One TFA alumnus specifically states the awkwardness of finding that “the very people you’ve been taught to think were what’s wrong with education are the first people you go to begging for help.” (Harvard Magazine, December 18, 2013)

How do teachers feel about Teach for America? 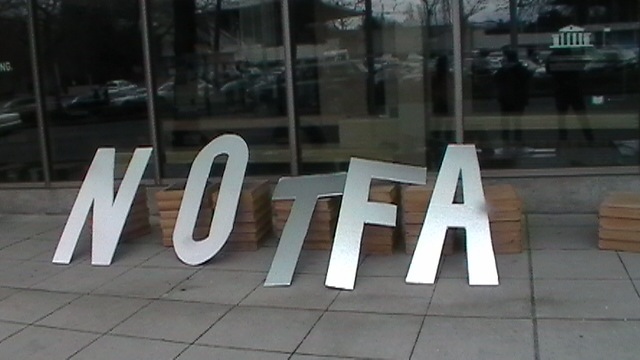 Is it the secret to education reform? Is it a gimmick that will simply run its course?  Or, is it a pervasive trend with serious negative consequences for students, teachers, parents and public education in general? In discussing Teach for America, teachers most often cite the harmful effect TFA has on the teaching profession as a whole. “To me, TFA communicates that anyone off the street can just walk into a classroom and start teaching,” says one teacher.  “I put in hundreds of hours of observation and practice before I even started my student teaching. I take graduate classes during the school year and throughout the summer to stay on top of technology and trends in the field.  It’s hard to accept that five weeks of training and a few hours of practice will result in a very effective teacher, no matter how good that person’s intentions. ” 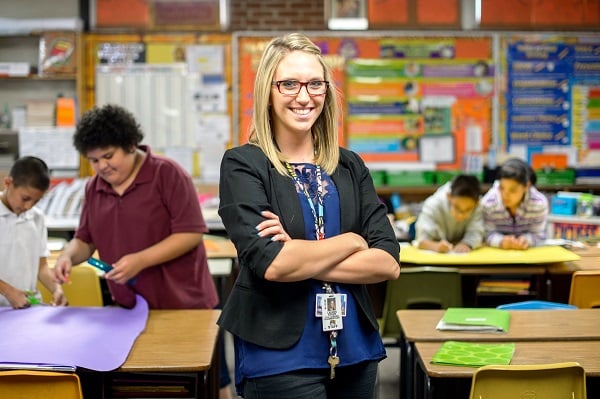 The five weeks of training referenced take place during TFA’s summer “Institute,” required of all new corps members. There, participants cover the principles and values of the program and spend time co-teaching in a classroom of 5-15 students.  Many, however, feel inadequately prepared to manage a classroom.  One corps member cited this as one of the reasons she chose not to return for the second year of her commitment to TFA (The Atlantic, September 23, 2013). “Five weeks of training was not enough to prepare me for a
room of 20 unruly elementary-schoolers.”

Another TFA member expressed her concern about the lack of preparation in a series of blog posts chronicling her two years in an Arkansas school.  Interviewed following her time with TFA she said, “TFA should definitely require more training; a summer is not enough.  I would support at least 6 months of student teaching — I think fewer people would quit TFA if we were better prepared for our assignments.”  (Reconsidering TFA, July 2013) 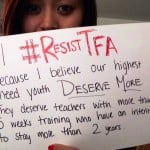 In addition, teachers cite the instability inherent in the TFA structure as problematic.  When TFA originated in the 1990s, there was a bona fide teacher shortage in the U.S.  In some low-income schools, teachers were so hard to find that different substitute teachers watched over classes every day.  TFA corps members, though often unprepared, were a better and more stable solution for students.  Today, however, teachers are not in short supply, and they stay in their jobs longer than TFA corps members.  TFA argues that the attrition rate for its first-year corps members is lower than that of regular teachers, and it is. 90% stay for the second year of their two-year commitment, compared with only 86% of regular teachers who return after their first year.  However, only 25% remain after the third year and fewer than 15% remain more than five years.  With a 75% turnover rate after three years, TFA would be hard-pressed to make a case for increasing classroom stability.  For underprivileged students, stability is critical and often school is the only place they can find it. Staffing a school with teachers who are almost certain to leave within three years is a grave disservice.

Further, when there was a teacher shortage, TFA members filled positions that would otherwise have remained open.  But school districts are laying off teachers today. The Chicago Public Schools announced it would release more than 1,000 teachers in June 2014, but will still hire a contractually specified number of teachers from TFA.  Chicago Teachers Union President Karen Lewis observed,

Obviously, we’re (CPS) not under-served or understaffed or under-resourced in terms of teachers, and I thought that was the purpose behind TFA — to offer teachers in areas that are under-resourced?

Clearly, Lewis has the interests of union members in mind, but highlights an inconsistency in TFA’s agenda and raises questions about the real motivation behind the movement.

TFA is closely aligned with some of the largest and fastest growing for-profit charter school networks in the nation, Imagine Schools and KIPP (Knowledge is Power Program), such as. Are school districts partnering with TFA to populate schools with lower-paid TFA members who will soon move on, making room for more low-cost TFA teachers to come? Since charter schools operate differently than traditional schools, administrators there often lack the same level of experience and education as their peers in those schools. Many are TFA alumni and support the TFA model.  In 2012, despite assertions to the contrary, when the Chicago Public Schools closed 52 public neighborhood schools due to poor performance, 50 of those buildings were reopened as charter schools.  Real concerns about the integrity and methods of charter schools exist, particularly after cheating scandals in Atlanta, Birmingham, AL and Washington D.C.

Finally, and most important, do TFA teachers make a difference? While their own data suggest that TFA teachers generate better outcomes in math, other reviews are not so positive.  In Teach For America: A Review of the Evidence, Julian Vasquez Heilig, and Su Jin Jez state, “The question for most districts…is whether TFA teachers do as well as or better than credentialed non-TFA teachers with whom school districts aim to staff their schools. On this question, studies indicate that the students of novice TFA teachers do much less well in reading and mathematics than those of credentialed beginning teachers.”  Veteran teachers are concerned, as well, with TFA’s heavy reliance on the use of standardized testing to evaluate performance – of both students and teachers, without truly taking into account all the factors that affect learning. One veteran teacher states passionately, “I have students who don’t sleep at night because of gunfire or cold, nine-year-olds who don’t know if there will be anyone home all night, parents who can’t read in English or any other language. And the problems of those students will be solved by someone with five weeks of training and a good attitude? By making sure they do better on some arbitrary test that may or may not be a measure of their learning? Students deserve better. We deserve better.”

It’s tough being a teacher. If you’re not fighting to keep students interested, you’re fighting budget cuts and…

When young teachers leave the field, they frequently cite classroom management issues as a critical factor in their…