Made in USA, or "Buy American and Create Jobs"

You and I can create new jobs in America more easily than we think. It’s as simple as where we spend our dollars. You might not think that your actions and buying habits have much influence at all, but I beg to differ.

A while back I heard someone on the radio say that when you call a service number for help, you are most likely talking to someone in another country. That’s very true today. Even for local businesses, they sometimes use companies that handle their calls from call centers around the globe. Labor is cheap in some countries and there is no shortage of talented, English-speaking employees filling jobs that were once done here. Modern intercontinental phone service makes it so you have no idea of where on the planet you are calling.

I’ve heard that foreign operators can actually answer the speakers at fast food drive-thru windows, take your order (no matter how complex) and enter it into the kitchen computer system just as someone standing in the store would do. Sitting in your car moving up to collect your order, you are none the wiser. And the restaurants save a hefty amount of money because they are employing one less person.

A while ago I found out that if you call a U.S. company, you could ask the service person if you were speaking to someone in the U.S.? Supposedly, they have to tell you. And supposedly they also have to transfer you to a U.S. agent if you ask to talk to one.

I’ve been doing this now for a few years. It has worked every time. The downside is that you have to wait a bit to be routed and for an available agent. Just recently I had some service trouble that needed a more lengthy amount of hand holding than most service calls, and when I hung up I thought about my experience. I kept someone on the phone in America for 45 minutes. That means that I had effectively kept someone employed for 45 minutes.

I did some math and realized that if 54 Americans did what I did during the course of a week, it would mean that this company would basically need to hire a new full-time employee to keep up with this demand. 53 calls a week sounded like a lot to me until I realized just how many people call service centers for help in a given week. Companies are bombarded by service calls to the point where they try to answer as many calls as they can with automated prompts before allowing you to talk to a live person. If all Americans asked for U.S. service agents, I’m sure thousands of jobs would be created. 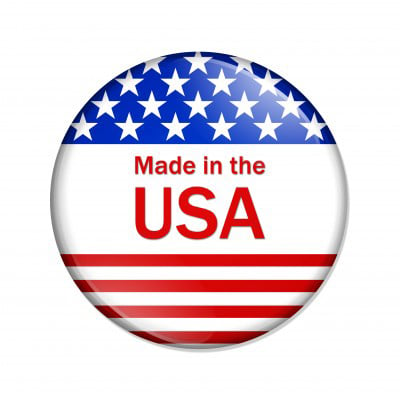 It’s not hard to find out if businesses are helping to employ Americans. Most companies will proudly display a “Made in USA” label in their advertising and on their websites. And if you think you will be raising the cost of U.S. goods and services because they will have to employ more workers, think again. As companies profit from increased sales, they find ways to become more efficient, keeping their costs down. As the numbers of unemployed workers shrink, Americans, in general, will be earning higher revenues and have more money to spend on more American made products.

Privacy Standard room dividers are great for privacy! Even during one of the most private times,  just…