Gum Chewing In School Is Good For The Brain 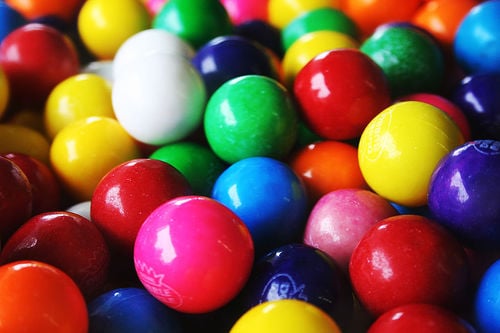 Gum chewing in the classroom is becoming more popular for its ability to reduce stress, improve alertness, relieve anxiety and increase memory.

Did you know that people have been chewing gum for over 5000 years? It’s true however, the first type of gum made from tree resin was unfortunately not very tasty. In 1848 John Curtis invented and sold the first packaged gum which he called, “The State of the Main Pure Spruce”.  In 1893 William Wrigley who sold soap and scouring products at the time saw the potential in chewing gum and introduced Wrigley Spearmint gum to the world.

The Proof Is In The Pudding

Studies have been done to prove that gum chewing in the classroom has had many positive effects on students.  Let’s take a look at the findings.

The L.A. Times reports a study done at Baylor College of Medicine in 2009.  Sponsored by the Wrigley Science Institute, the findings are conclusive to the positive effects of gum chewing in the classroom.  One hundred and eight students ages 13-16 were assigned to either chew gum during math class, while doing math homework and during tests or to refrain from chewing gum during the same activities. After 14 weeks, the group of students who chewed gum saw a 3% increase in standardized math test scores and received a significantly better final math grade compared to the students who did not chew gum.  The study also concluded that the students who chewed gum required fewer breaks, kept a longer attention span and sat quieter for a longer period of time than those who did not chew gum.

Dr. Kenneth Allen a professor at NYU’s College of dentistry proved that chewing gum helps to release insulin into the bloodstream which affects how well your memory works.

In 2009 a study at Louisiana State University showed that by chewing sugar-free gum people were less likely to snack.  The study had 115 people chew gum for 3 hours in a day.  The same 115 people were asked not to chew gum the next day. People were offered sweet snacks on both days.  People took far fewer snacks on the day that they chewed gum. It has also been shown in other studies that people will reduce their snack intake by 65 calories if they chewed gum that day.

Some drawbacks of chewing gum in the classroom include distracting other students, bubble blowing, loud chewing and or smacking of the gum while chewing.  Teachers also find ABC gum under tables or chairs. Besides being gross, it can also become a hygiene problem.

The positive effects of chewing gum in the classroom seem to outweigh the negative. More schools should allow their students to chew gum during specific activities at school.  It seems that chewing gum can increase test performance, alertness, and overall brain power.

Class Size Matters, Or Does It?

When It Comes To Class Size Is Less More?~ Class Size Matters Class size has been a controversial…

After searching for a room divider that would allow for portability and flexibility, Head 2 Toe Learning Center…