Why is crowd control important?

In a crowd, safety needs to be the number one priority. Government entities, in particular, need to always prepare for the general well-being of the crowds they gather. Why would safety be a concern in large groups of people? Well, unless a crowd forms casually, panic or excitement can pulse its way throughout and sometimes remove responsibility from those in it. Not all crowds get to this point though and most of the time are formed from positive events. Either way, a great way to control a crowd is having structured barriers directing people where to go. Here’s some government use of crowd management. 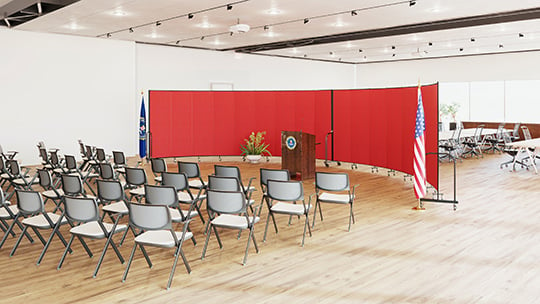 What are the characteristics of a crowd?

Crowds are typically characterized by a gathering of people who have something in common or are reacting to specific stimuli. When several people amass at once, they can adopt the emotions and energy of those around them. In the case of a concert or rally, people in a crowd only need one or two people as a rallying point for the common cause.

Government teams and facilities need excellent crowd control since hese entities can have a variety of reasons to attract a crowd. When elections come around, either locally or nationally, an assortment of rallies, press conferences, and even the voting process itself can lead to large gatherings. Local governments also need to maintain spontaneous or semi-spontaneous events that occur around the town. For instance, farmers’ markets, peaceful protests, and local festivals will also likely need a form of crowd management. 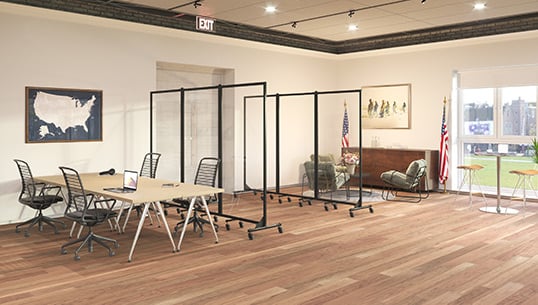 How does crowd control work?

Crowd management usually involves directing people to the designated area(s) while keeping them as safe as possible. For instance, at a rally, there will typically be a large space with a maximum capacity limit that depends on the size of the property. There can be fences, walls, or barriers surrounding it with only a single point of entry. Some places will also have signage that not only directs people on how to get into the rally but also ones that describe how to get out in the case of an emergency. On top of physical barriers and signage, most of these events have employees directing traffic as well.

Crowd control in recent times is revolving around the pandemic and becoming stricter. Individual facilities are cutting capacity levels to limit the spread of COVID-19. Also, people must stay at least six feet apart from each other at any given public place. While the same techniques above can still work, many public places are marking the floor six feet apart when they get to the spot where lines occur. Facility staff members are also policing the social distance guidelines for extra enforcement of the rules. 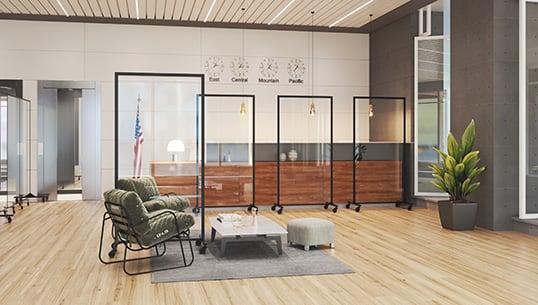 Screenflex Portable Room Dividers provide barriers that can control either large crowds or smaller ones in the social distancing era. There are a wide variety of colors and sizes for any need. These freestanding partitions have a tackable fabric covering them, which can help when displaying directions to the crowd. You can also tack promotional posters of an election candidate without ruining the material as well. These dividers are multifunctional as a barricade to direct traffic and also help reduce extra echoes. When the event is over, the portable dividers fold compactly and store easily. These partitions are also reusable for other functions as well.

In the times when you need a see-through barrier, Screenflex also provides a Clear Divider. These plexiglass screens still create crowd management but allow communication through it anyway. Typically, these screens are best used in places where lines form, usually at a check-in station or something similar. Using freestanding plexiglass dividers is functional for a large crowd since they are easily portable and reusable.

How to Increase Productivity in your Library with Dividers

There is no denying that public libraries help millions of Americans throughout the country. As a librarian, your…