Places of Worship: How Are They Similar?

There are 4200 religions in the world. Surprising right? To put it in perspective, if distributed evenly over the world’s population, would be an average of 1.6 million people per religion. However, since religion is not evenly distributed, nor does everyone in the world have a specific faith, most people can only name as many as five or ten of them. The main four religions of the world are Christianity, Islam, Judaism, and Hinduism. Although there may be some differences in the faiths, the architecture of the places of worship can have similar themes. Here is a case study of the world’s well-known places of worship and their similarities and differences.

The churches of Christianity vary within the different subreligions, but most have some architectural structure in common. A church will always have a large cross, usually front and center of where the worship takes place. These facilities also typically have big, stained windows with intricate designs painted on them to let vibrant sunlight pour into the room of prayer. These colorful windows take place either behind the altar or another aligning wall within the Nave, or central part of the church. More prominent churches will also have an organ for services, a confessional to speak of the sins committed, and even a “Font,” which is a large basin for baptizing babies. These components, among others in the Nave, are where worshipping takes place and is the focal point of the building. Other rooms of the church hold offices, Sunday School areas, and other meetings/fellowships spaces. 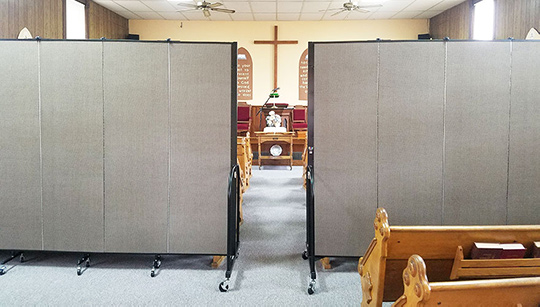 The place of worship for members of the Islamic communities is called a Mosque. While a church typically has long stained glass windows, not all Mosques have them. Especially before the 18th century, there were no glass windows at all in a Mosque. These places of worship back then were usually found in hot temperatures. Some Mosques in warmer climates to this day still have no windows to keep the heat out. Mosques always have a Sahn in their facility, which is a courtyard containing a fountain for cleansings before prayer. Another element of a mosque is a wall that indicates the direction of the Mecca, the city in which Prophet Muhammad was born. Mosques also typically have a tower called a Minaret, where the call to prayer is announced. 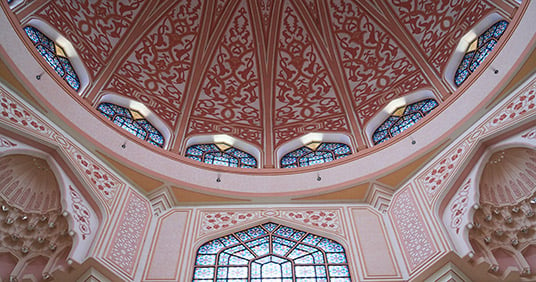 Mandirs, or the Hindu temple, is another house of worship. Although they are a sacred place, Mandir’s differ from other religions since Hindus don’t attend regular service in them. People of this faith use this type of temple to worship individually or socialize. Similar to other places of worship though, Mandirs have the main prayer hall. In addition to these prayer halls, or mandapas, these temples also have a central shrine called a garbhargriha. This inner shrine holds a statue icon of a god or other spiritual symbol and is the most sacred part of the building. 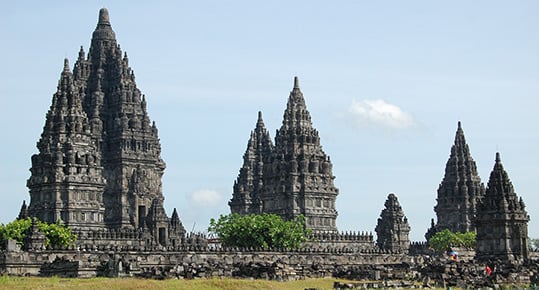 The Jewish Synagogues differ from other houses of worship because they can all look different from each other. According to Britannica, a typical synagogue contains an ark, which is where the scrolls of law are kept, candelabras, pews, and a raised platform to read passages. Modern synagogues will also have additional educational programs similar to Christian Bible Studies and Fellowships. These are to help foster the Jewish community and have them learn more about their religion. These programs typically take place outside of the main room where the ark is. 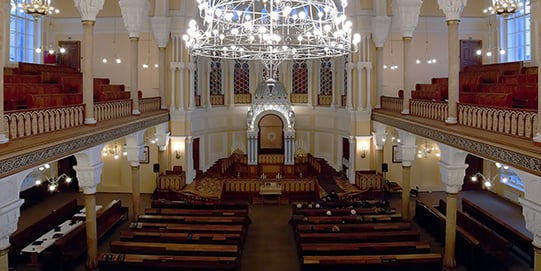 Even within the same religion, no place of worship looks the same. However, by learning the basics of each religion’s traditional architecture design, we can recognize some similarities between all forms of faith, and ultimately, all people.

The Small Church: How to Create a Healthy Environment

What Are Some Characteristics of a Healthy Church? An indicator of a church's success relies on its general…

Why People Need Faith in Pandemics

In a matter of months, the world has turned upside down. COVID-19 has rippled its way through thousands…