Top Ten Books Read Over The Past 50 Years?

Don’t you just love reading a book you can’t put down? A good read keeps us coming back for more.  I found this infographic to be quite interesting. Top ten books read over the past 50 years.

You probably won’t be that surprised when you see what the top most read books in the world are? With hundreds of thousands of books produced in just the past half a century, there are a lot of books to choose from. Based on the number of books printed and sold over the past 50 years, ten of the most read books are listed in the number of millions of copies sold. The majority of these books have been made into movies.

Writing emerged between the 7th millennium BC and 4th millennium BC. Originally in the form of symbols and shapes on rock or clay tablets it wasn’t until the 1st Century AD that paper was created but used mainly for wrapping and padding. Books eventually were made in paper form by the Chinese around the Tang Dynasty but it is not known when exactly.

A bit of interesting trivia about these top ten books: 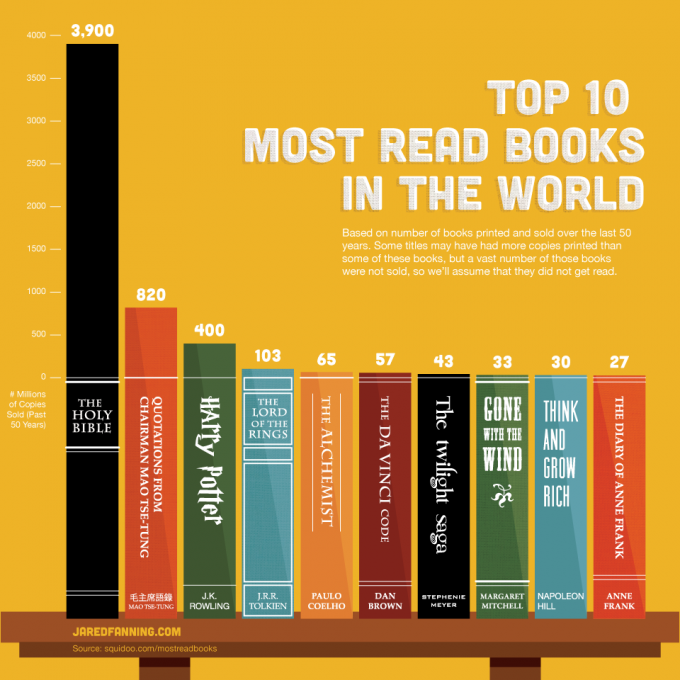 Holy Family High School Room Dividers! The countdown began for Thanksgiving break just like any other year.  But this…

Portable Screens Provide A Private Room in a Gym