The History Of Portable Room Dividers

Where and when did the folding room divider originate?

The History of portable room dividers dates back many centuries. Folding room dividers first originated in China around the 4th century BC. These early Chinese folding screens functioned both as a furnishing as well as a decoration. They were heavy, ornate works of art, which made them expensive. Their size and weight made these room dividers difficult to move and often remained in place.

Toward the 2nd century BC 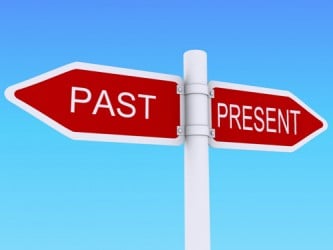 , Japanese improved room dividers. There were many variations of the Japanese folding screen. The earliest was the ‘byobu’ folding screen, and later the ‘Shoji’, hinged folding screen. The Shoji was created to be a more portable divider, which used lighter weight translucent paper for panel material, thus making the screens easier to move. The screens are used during tea ceremonies (small two-fold screens), public performances, religious events, and outdoor processions (up to eight folds).

The difference is in how the screens are constructed and allowing them to be both lightweight and flexible. A lightweight but strong core is covered with many layers of paper and brought together using strong paper hinges. These hinges brought the panels closer together and removed any gaps between panels.

Europeans and later Americans traveling to the Pacific Rim in the early 15th – 17th centuries returned home with these screens. They began importing the Asian screens, but soon, their local craftsmen were making their own reproductions of Asian folding screen dividers. The Europeans used many materials such as wood, painted leather, silk, mirrors, tapestry, embroidery, and découpage on their elaborately decorated room divider panels. Not only were they beautiful, but they were an efficient and inexpensive way of preventing drafts in a large open room.

In this century, the use of folding room dividers has expanded beyond residential use. Room dividers are now used in health care settings, schools, churches, restaurants, airports, lobbies, museums, corporate offices, and convention centers. And their purpose has changed as well. Their purpose has gone beyond dividing a room or creating privacy. Not only have users realized the benefits of creating smaller more functional rooms within one larger room, but now use dividers for myriad applications.

Some Screenflex Product Highlights Are: