Temporary Walls Do The Trick 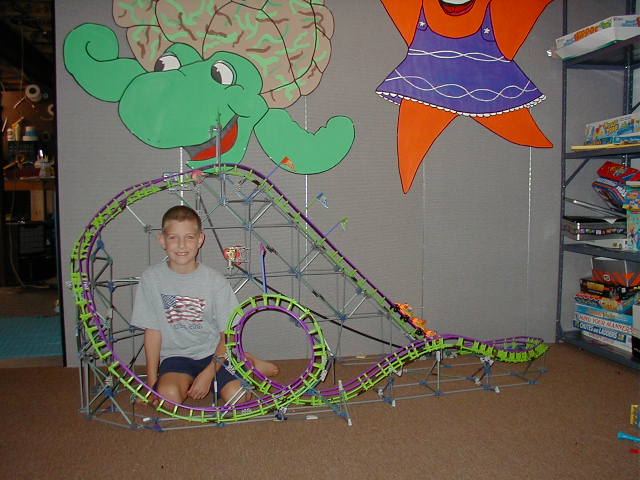 I received this great story and picture from John V, a team member here at Screenflex. He set up our Screenflex divider panels in his basement to separate two areas in their basement. These temporary walls remain as a permanent fixture providing the perfect separation for a kid’s play area and adult work space.

Our basement is a “normal” basement, dark, cold, concrete floor and walls.  My kids loved playing with things, together, and we decided to make the basement their “play” area where they could keep it a little more “homey” instead of having to clean-up the living room floor every night.  We’d always intended to build a nice bedroom (and bathroom) in the basement, so anything that we did prior would be temporary… it’s still exactly in its “temporary” state many years later.  I painted the walls, laid down a carpet remnant, hung some  lights and used some partition panels as “walls” on 2 sides of the room (separating our adult-junk and laundry area).  The divider panels provide privacy as well as tackable surfaces to hang decorations, artwork, and posters .

My son, David, LOVED building things, and being an engineer I heartily encouraged that in him.  After building with Legos got a little old he migrated towards K’Nex, which allowed him to build bigger, more functional things.  We had been getting him the small sets with 200-300 pcs, but he’d build the project, modify it a few times, and then tear it down.  For his birthday, when he was 9 or 10, I splurged and bought him a 1,280 pc K’Nex Serpent Roller Coaster set, complete with over 23 feet of track and motors (to lift the car to the top).  His birthday is in mid-July, so being in the basement where it was cooler was a treat.  I expected it to take him a few weeks, an hour at a time, to build this coaster, as the instruction manual was at least 50 pages long.

The day after receiving this he woke up at 7AM, went to the basement, and built the entire coaster that morning.  Krys sent me this picture of his efforts before I went to lunch and I was (and still am) in disbelief that he built it in less than 5 hours!  It stayed intact and functional for over a year, and then the pieces gradually were used to build DNA gene projects at school by his older sister, himself and his younger brother.   Such an awesome display of concentration and diligence to follow the instructions and build this project.  The pieces also helped all three kids make incredible school projects later in life. David will be going to college next fall to become a Physics Teacher, so this project, possibly, helped foster his love of science.