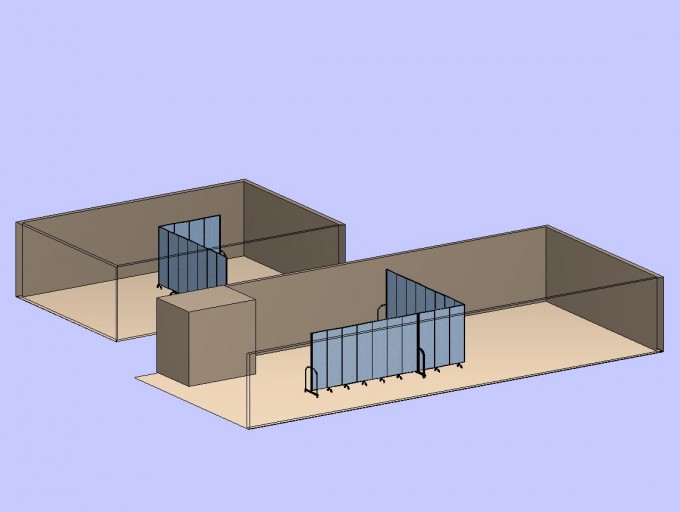 Sometimes the shapes of a room can make things inefficient. Sometimes the converse is true. This plan is an example of the latter. By using only 3 portable walls, the members of this church were able to create 4 needed classrooms. In room #1, note that a continuous wall approximately 34 long is created by joining two Screenflex Freestanding Portable Dividers together using our multi-unit connector option. The same two dividers can be unlocked from each other and used separately in the same room, or in different rooms as needed. The closed portable walls store in an amazingly small space.