The Making of Ave Maria Church

I had the opportunity to visit Ave Maria Church in February of 2009. It’s spectacular! 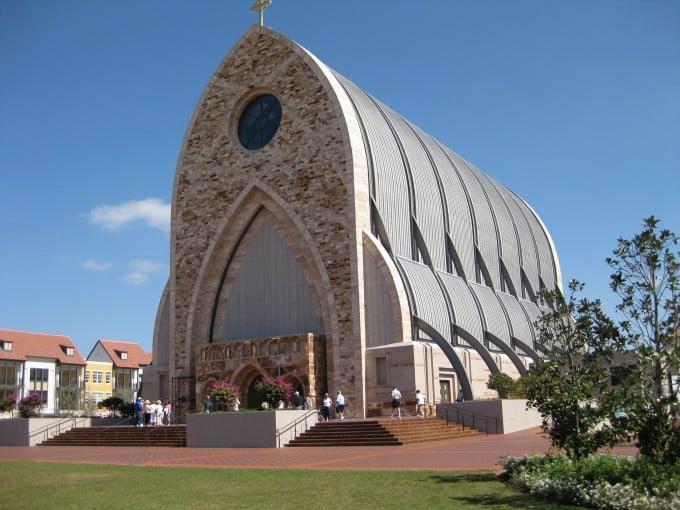 Even more impressive, since it’s in such an out-of-the-way location in Ave Maria, Florida, which is central Florida, and seemingly in the middle of nowhere. Driving out there I had no idea what to expect. The whole place was in the midst of construction. On the day we visited we saw the 12 gold figurines of the disciples being mounted to the front of the modern “flying buttress” church. 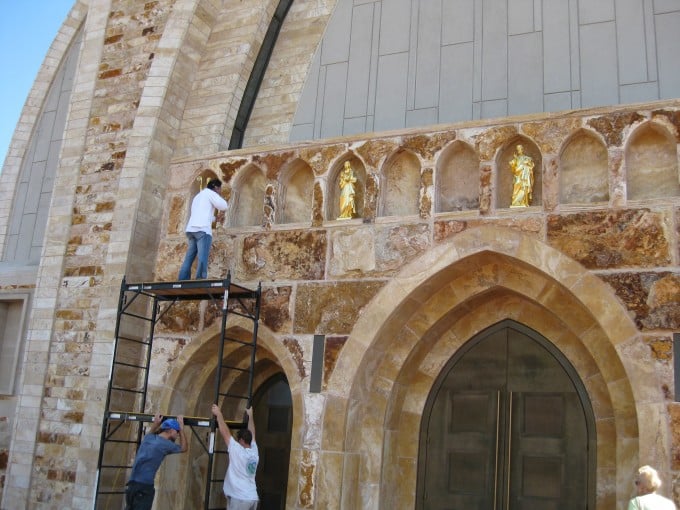 Inside they were raising a massive bronze sculpture of Christ on the cross into a huge curved alcove behind the altar. This curved concave can be seen as a convex wall at the back of the church, from the outside. The workers were having quite a time of hoisting this massive statue into place. It really didn’t look as if they had a strong enough crane to raise it. I couldn’t believe the single mounting point in the ceiling where it was suspended from was going to hold it. But eventually they got it into place. 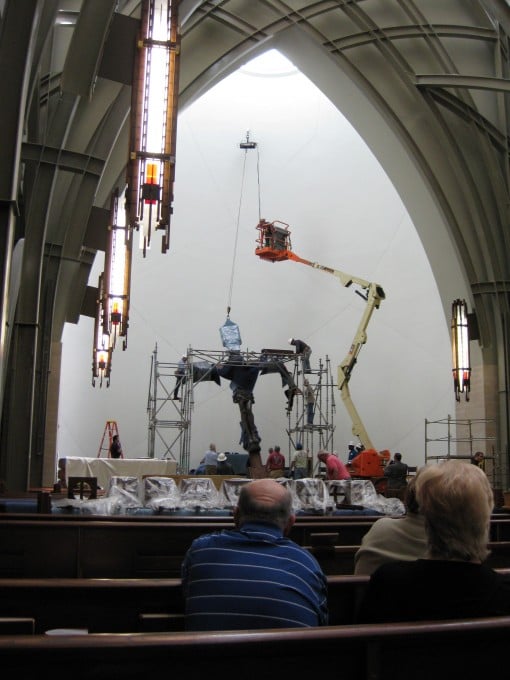 We visited an outdoor area where a sculptor had been hand carving reliefs from solid white marble. Very impressive to the artist in me! Although I have to admit I was quite let down that the artist himself was not working at that particular moment. We must have just missed him, as his tools were laying right there on the ground where he laid them. It was somewhat like walking into the Sistine Chapel, mid-ceiling-painting, just as Michelangelo had stepped away for a cup of coffee. Someday, I’ll get to go back and take a picture of the finished Madonna, and I’ll say “Ah, I remember when she was just pencil lines on a block with the first chip taken out of it” 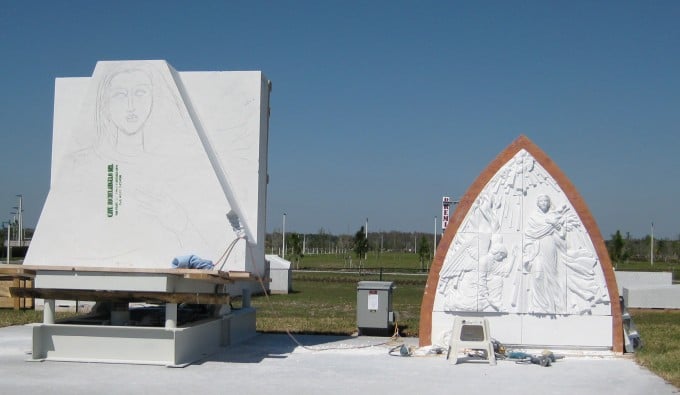 Next we walked around the busy town square with quaint shops and then on to the university and lunch at their cafeteria, which is open to the public. 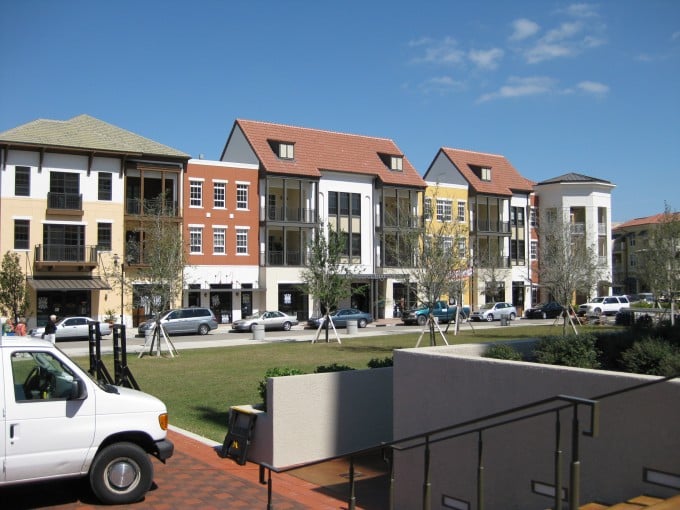 We ended the day looking at the model homes where an entirely new town is growing up out of the sandy soil. I understand the founder of this endeavor is Tom Monaghan, who spent massive amounts of his Domino’s pizza fortune to build all this. Some say he is foolish, but I applaud him for having a dream and following it through. After all, what good is a dream, large or small, if you never act upon it?

UPDATE: Since this post, I have revisited the Ave Maria Church. Visit part 2 to see the progress on the project.

UPDATE #2: Any recommendations of churches that you find beautiful? Screenflex Room Dividers would love your suggestions!

I have been working with a church in New York who is in desperate need of Room Dividers!  They have…

How is Technology Changing the Church?

First let me say, that the trend toward technology and church is inevitable.  As far back as I…